Getting an Annulment in Minnesota

Several decades ago, when divorces were harder to get and more stigmatized, people who needed to end a marriage pursued annulment if it was available to them. Rather than simply ending a marriage, an annulment makes it, legally, as if the marriage never happened at all.

Now that divorce is more common, less stigmatized, and easier to obtain, annulment has become more uncommon, but it has not disappeared altogether. If you need to dissolve your marriage, and wonder if an annulment is the right choice, read on.

Advantages of Annulment over Divorce

Annulments do offer a few advantages over divorce. For some people, their religion may attach a stigma to divorce, but not to annulment. If this is your reason for seeking an annulment, you may wish to speak with your clergy member to see if there are steps you need to take to annul the marriage in your religion, as well as legally.

Psychologically speaking, it can be freeing to go into a future marriage with the feeling that it is your first marriage. From a legal perspective, annulment has advantages, too. If there was a prenuptial agreement, it will likely not apply, because legally speaking, the "marriage" never existed. Also, if one of the parties to the annulled marriage had been married previously and receiving some type of benefit payment that was terminated on remarriage, those payments may be able to be reinstated if the subsequent marriage is annulled.

Last but not least, annulment is often quicker than divorce, the speed of the process helping to contribute to the parties' feeling of starting with a clean marital slate.

Are You Eligible for an Annulment in Minnesota?

There are extremely limited grounds for annulment in Minnesota. They include:

The time for requesting an annulment is limited, and may be as little as 90 days or less depending on the circumstances. If you believe you are eligible for an annulment in Minnesota, you should consult an experienced Minnesota family law attorney immediately, and avoid cohabitation with the other party in the meantime.

If you'd like to learn more about the process of obtaining an annulment in Minnesota, we invite you to contact Bloch and Whitehouse, P.A. at (952) 224-9977 to schedule a free initial consultation. We look forward to helping you put your concerns behind you so that you can move forward with your life. 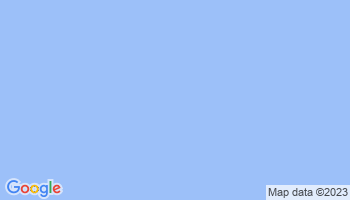 Copyright © 2021 Bloch & Whitehouse, P.A.
closeClose
WE ARE HERE TO HELP

During this time of uncertainty, the attorneys at Bloch & Whitehouse, P.A., are here to help answer your divorce and family law questions and to serve as your dependable guide through the legal process.

We are continuing to offer free initial consultations by phone or virtually via Zoom.